In 1995, illicit antiquities middleman Pasquale Camera was killed in a car crash. Inside his glove compartment, the Carabinieri discovered a stack of photographs of looted antiquities. This evidence led to a series of raids during which the authorities discovered a hand-drawn diagram by Camera, tracing the routes of looted artefacts from tombaroli (tomb robbers) to international markets. This organigram was the basis for a large-scale criminal investigation into key figures within the network including notorious dealers Giacomo Medici, Gianfranco Becchina and Robert Hecht.

Illicit Antiquities Network evolved from the forensic research of archives confiscated from dealers trading in illicit antiquities, most of whom appear in the organigram. The project traces a series of illicit artefacts through the trafficking chain, from looters to museums. The data from each case feeds a centralised map that presents a complex web of connections across time, location, individual and institution. The aim is to make visible the clandestine activities of this illicit economy.


Produced by artist Maeve Brennan in collaboration with Dr Christos Tsirogiannis.
Built by Black Shuck and designed by Rory Gleeson.
With support from Stanley Picker Gallery, Arts Council England and The Elephant Trust. 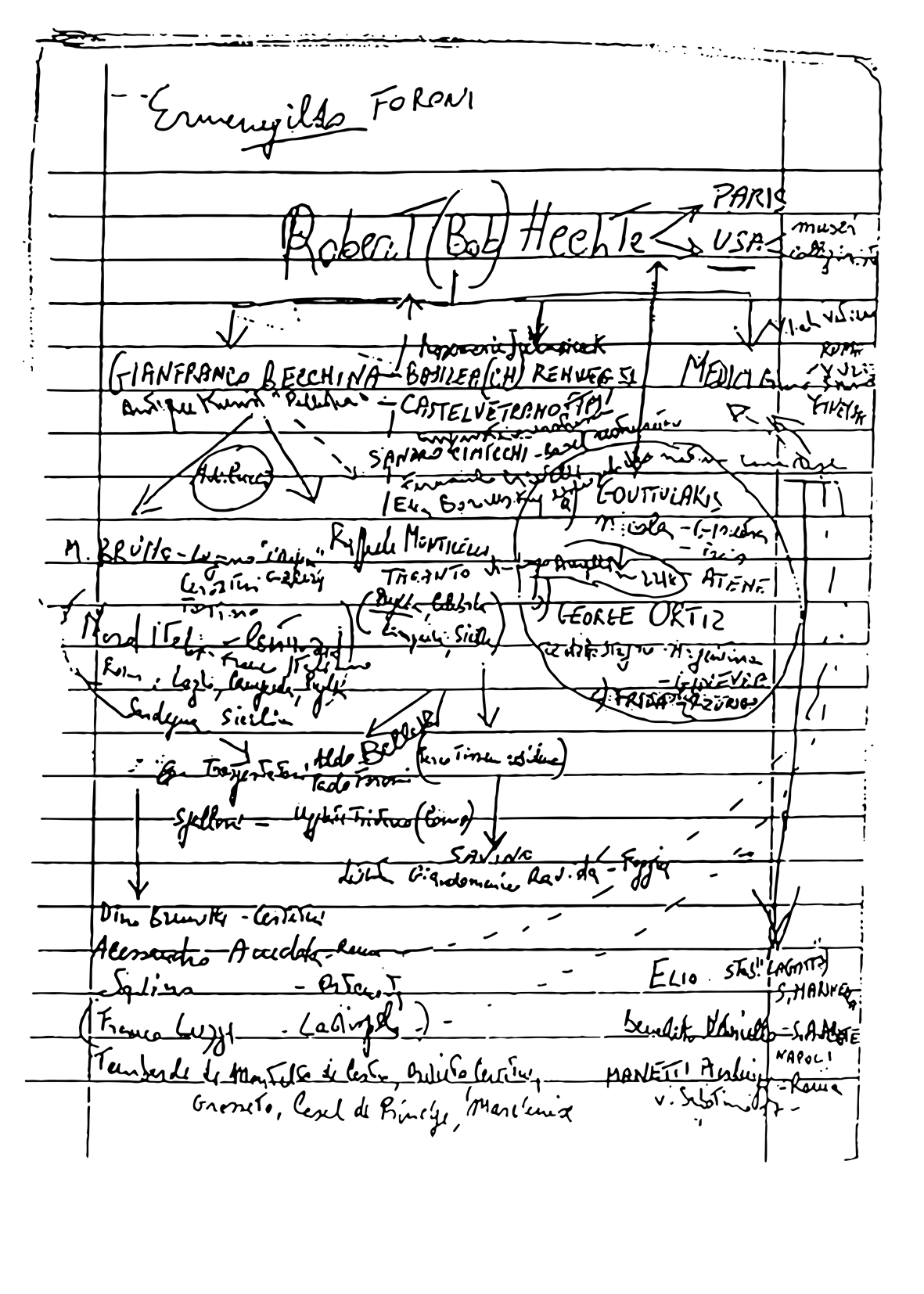