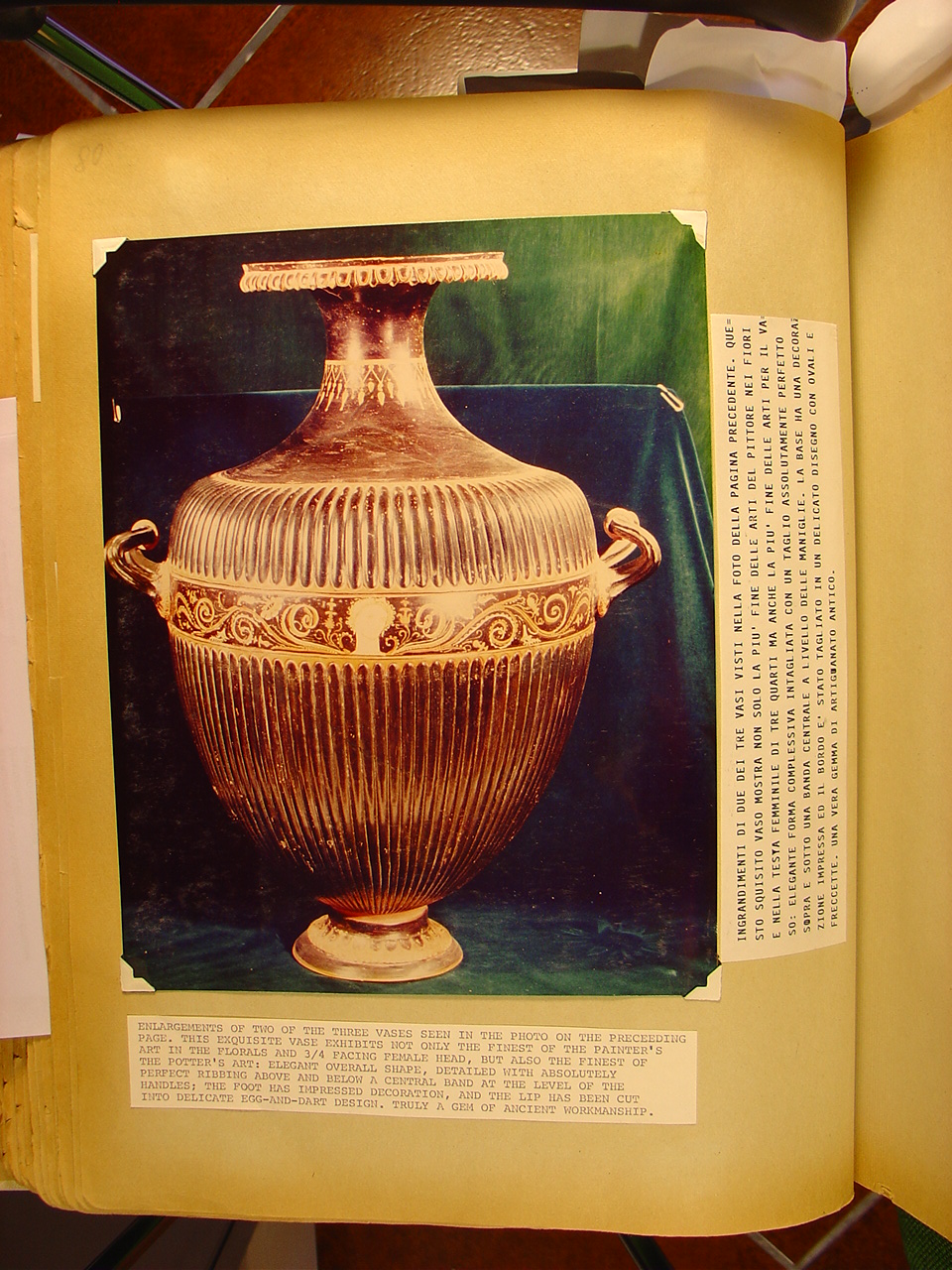 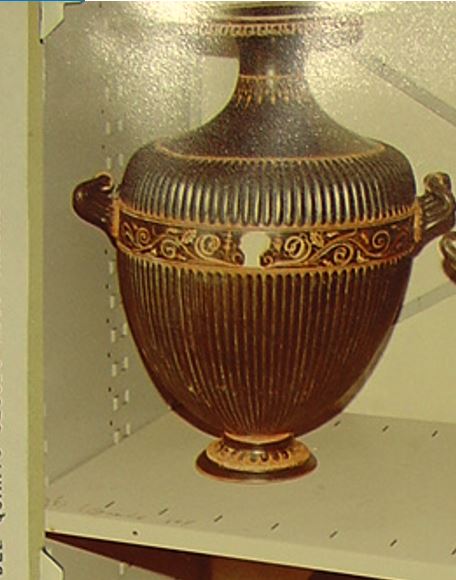 Apulian Gnathia hydria attributed to the workshop of the Baltimore Painter. Black-glazed, with vertical ribbing on the body, a smooth, unribbed, horizontal band along the handle zone, centered by a female head emerging from elaborate scrolling tendrils, a band of ivy on the reverse.

Two images, depicting the same hydria, suggest that the antiquities dealer David Holland Swingler was in possession of this artefact, mentioning in the captions that ‘a major East coast collector’ purchased it together with other vases. The images were discovered by Tsirogiannis in the archive confiscated from the antiquities dealer David Holland Swingler.

The hydria appears for sale in the Christie’s June 8, 2004 antiquities auction of the John Kluge (‘The Morven’) collection, in New York, as lot 345.

The hydria re-appears in a Royal-Athena Galleries and is sold to ‘Dr. E. collection, North Carolina’, in April 2005.