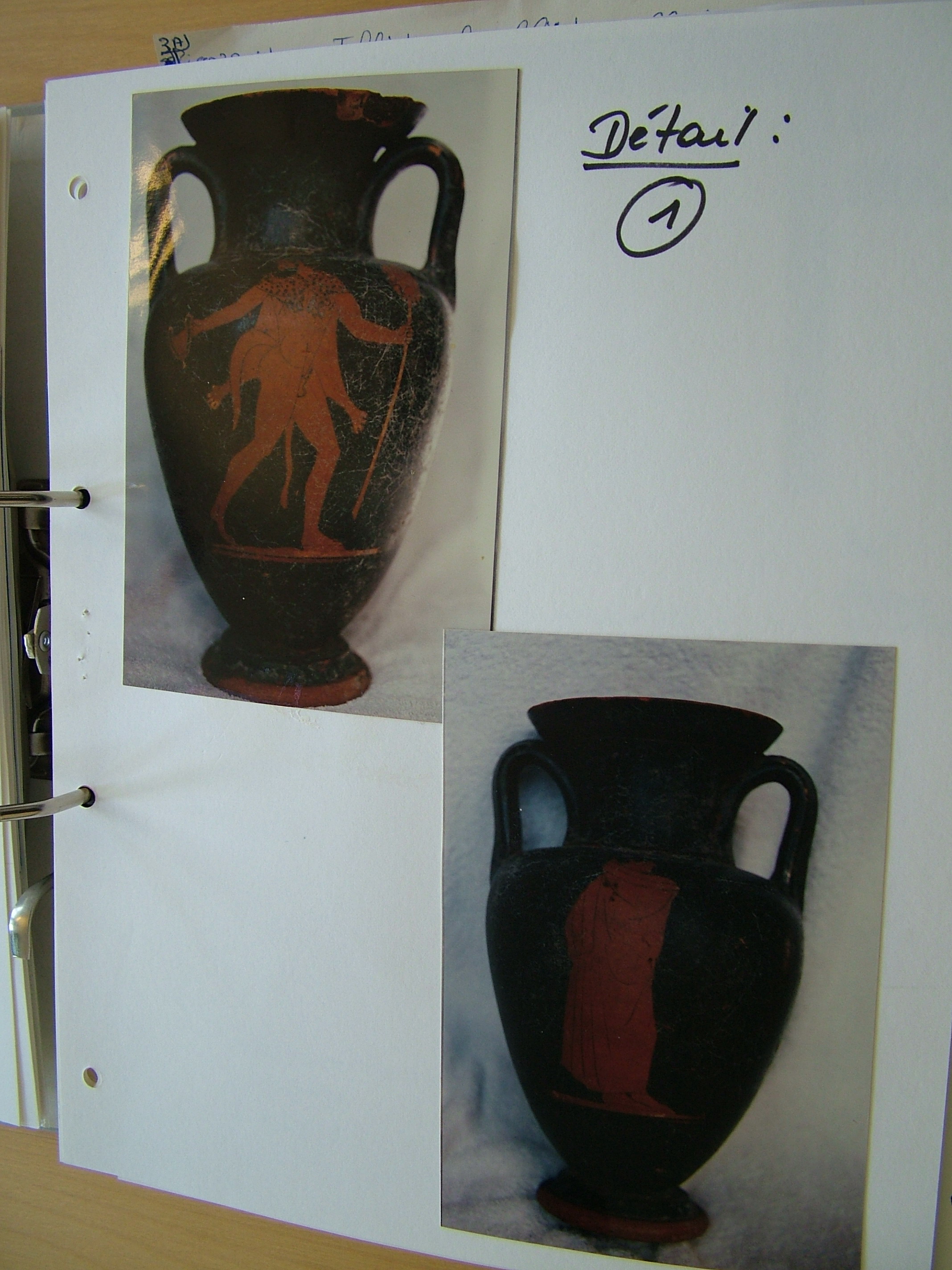 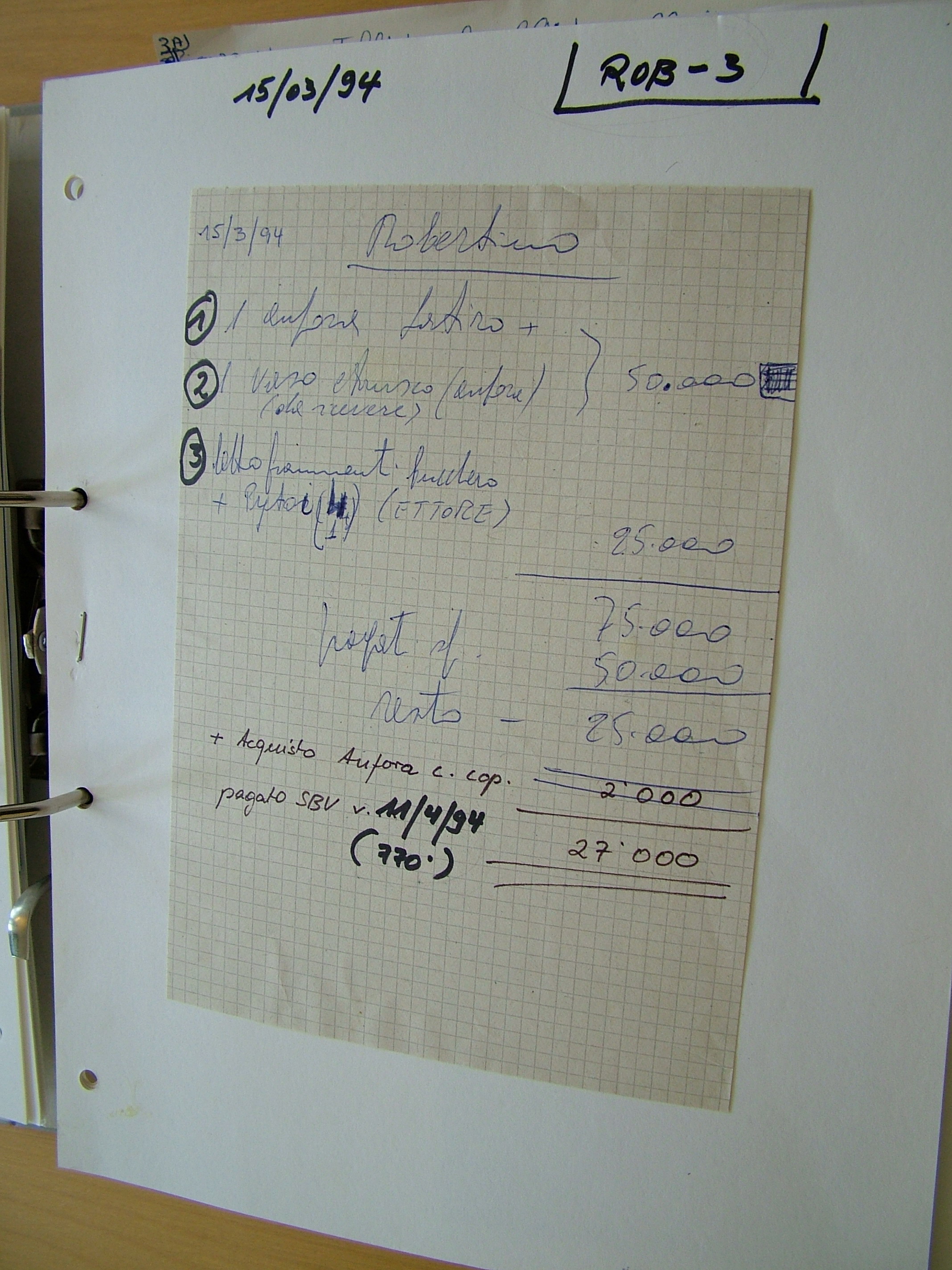 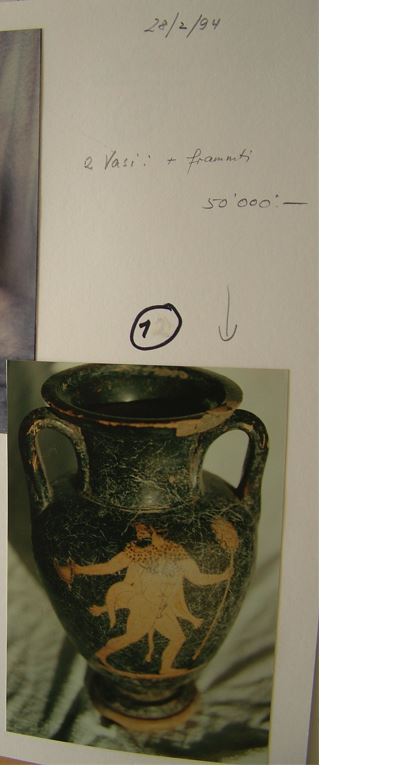 Attic Red-Figure Nolan Amphora by the Harrow Painter depicting a satyr holding a kantharos and a thyrsos on one side and a draped male figure on the other side.

Two handwritten documents suggest that the Italian looter ‘Robertino’ was in possession of the artefact in 1994, asking 50,000 (CH?) for it, together with some fragments of a different vase. The document was discovered by Tsirogiannis in the Becchina archive.

In February 2017 the artefact appears for sale in the website of ‘Royal-Athena Galleries’ with the ‘provenance’: ‘Ex C.H. collection, Ann Arbor, Michigan’.

Christos Tsirogiannis identified the artefact at the ‘Royal-Athena Galleries’.

Confiscated by the Manhattan DA’s Office in February 2017

Repatriated to Italy in March 2017.