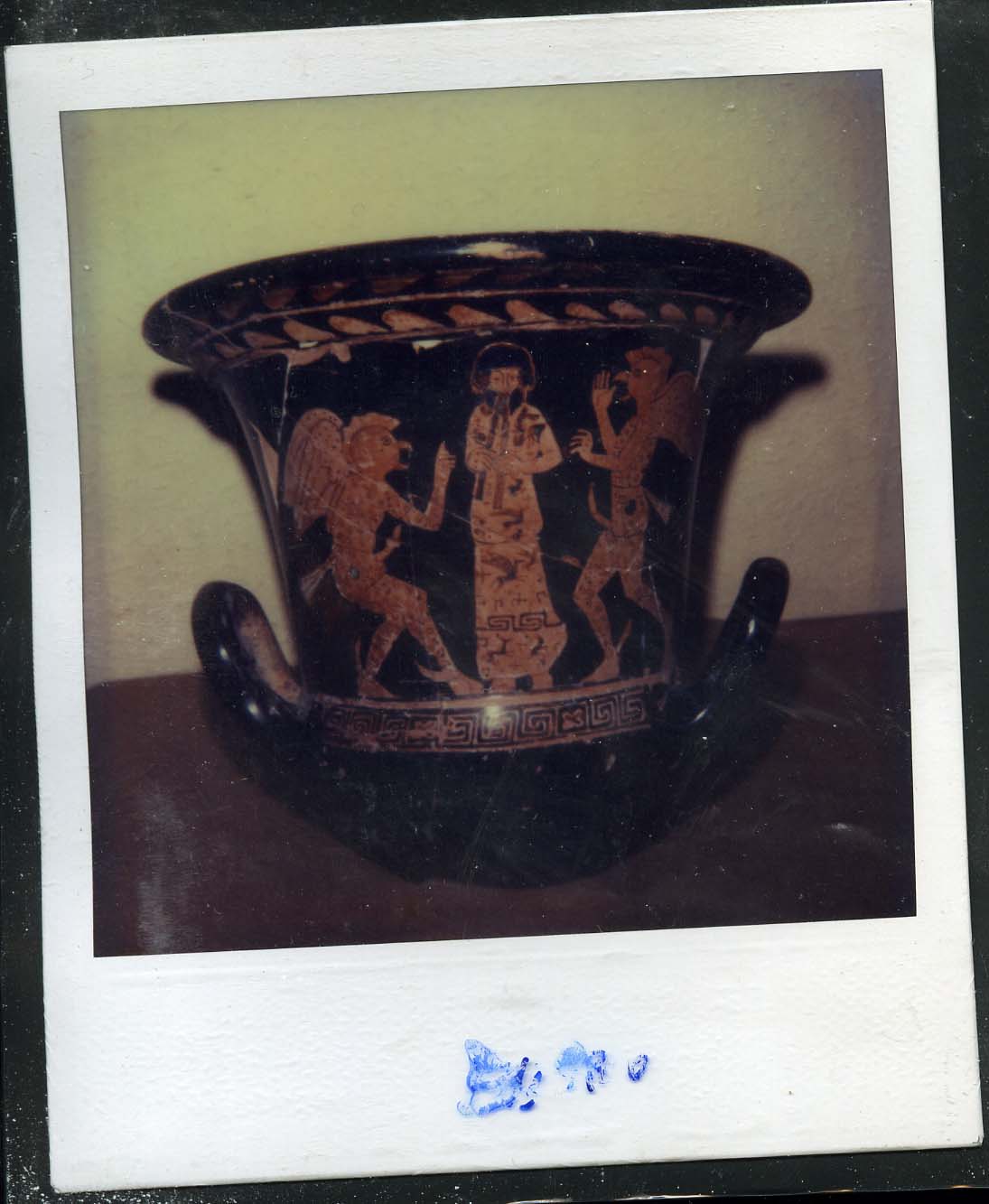 Greek, attic red-figure calyx krater with a scene from Aristophanes'  play 'Birds', ca. 415-410 B.C., depicting a double flute player between two dancers who are playing the role of the birds.

One Polaroid image in the Medici archive depicts the krater just after it was re-assembled from various fragments, missing its whole base.

Between 2006 and 2007, the krater was repatriated to Italy from the Jean Paul Getty museum in California, US.