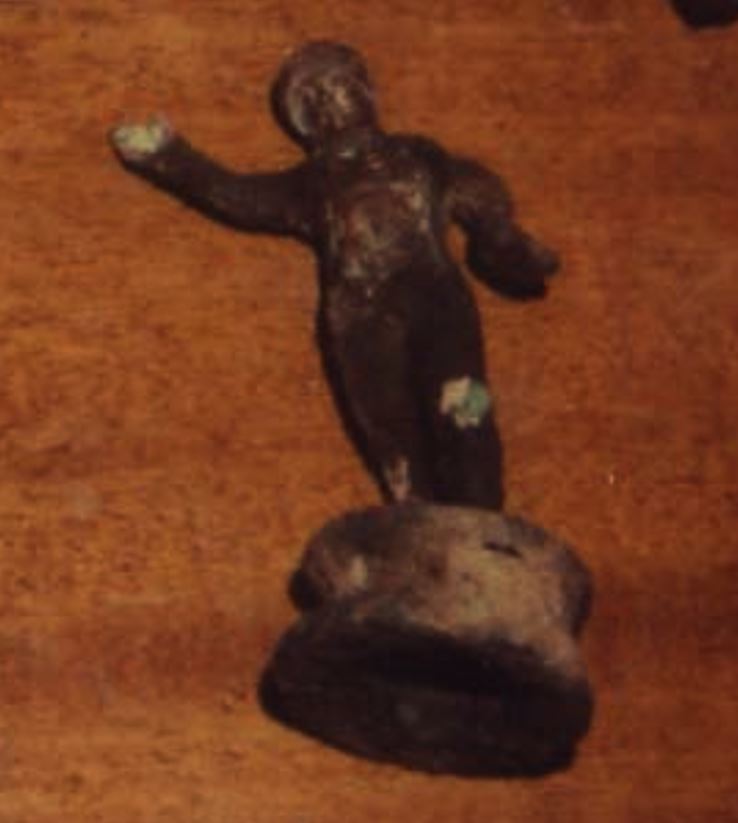 The figure’s body is twisted forward and his arms are extended. It is a decorative figure from a candelabrum.

The same figure appears for sale in the Sotheby’s antiquities auction in London, on December 14, 1990, as lot 235. It was allegedly bought by an anonymous Swiss collector and remained there until 1995.

The figure appeared in the website of the Royal-Athena Galleries, with the provenance ‘Ex Sotheby’s, London, December 14, 1990, lot 235; Swiss collection, 1995’. Tsirogiannis identifies the figure in October 2019 and in 2021 publishes an article referring also to this case (Tsirogiannis 2021).