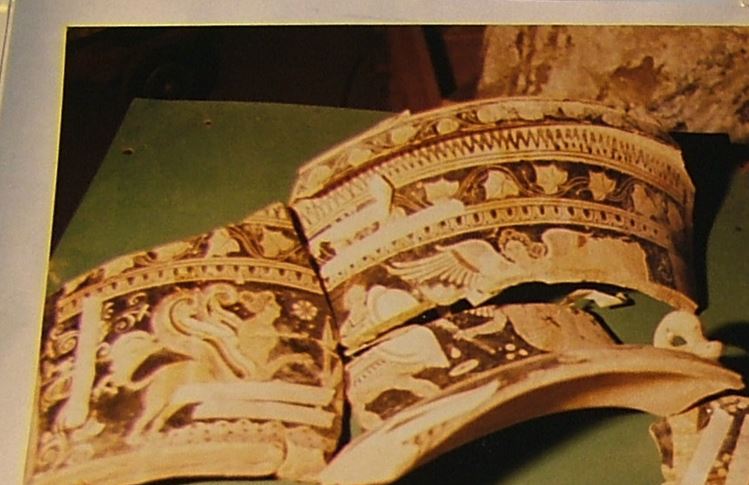 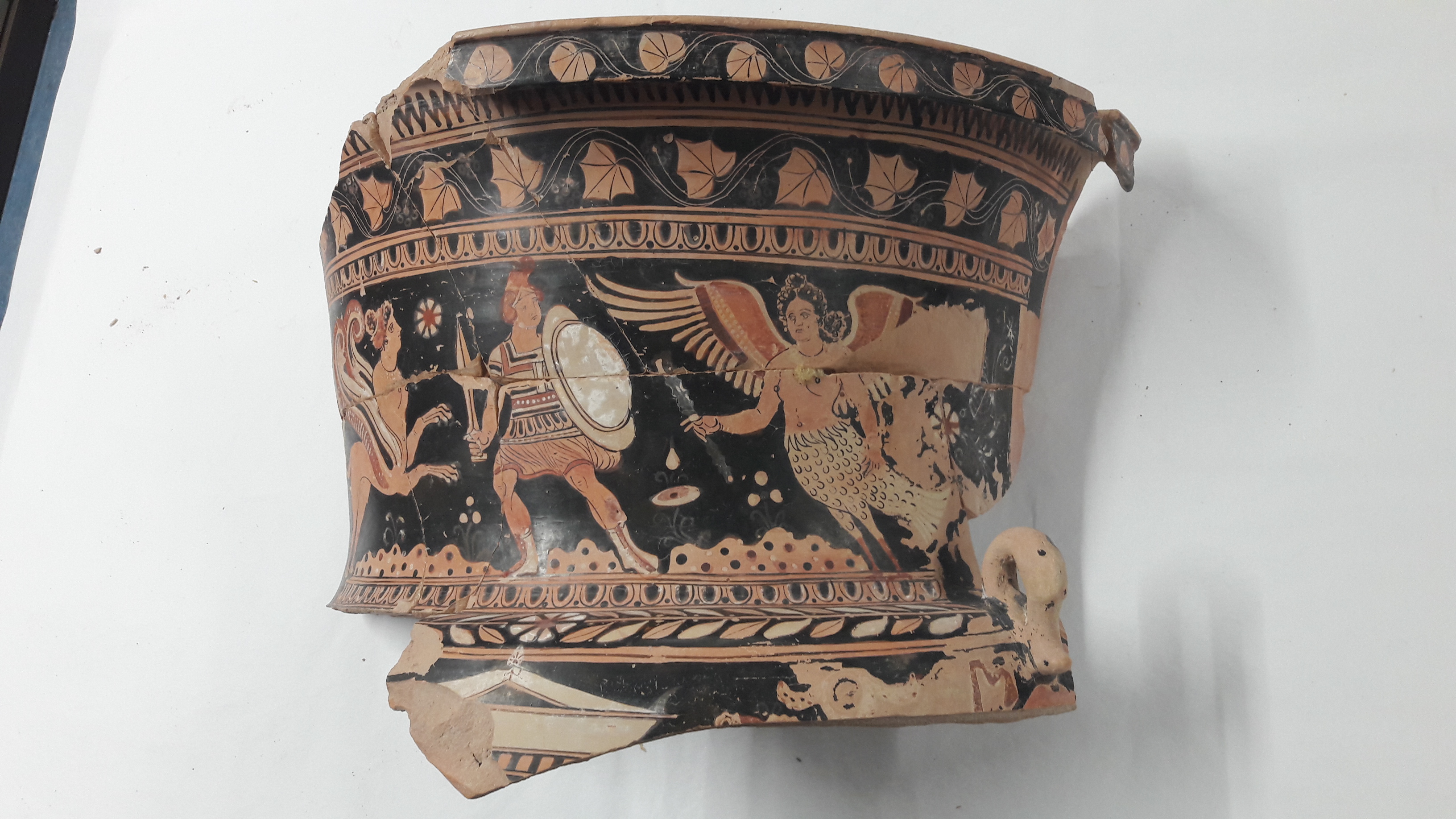 Fragments of an Apulian Volute Krater

Fragments of a large Apulian volute krater, 4nd Century BC, depicting a warrior between two creatures from the Greek mythology, a sphinx and a harpy.

In the Becchina archive, the fragments are depicted unrestored, on top of a large green cardboard piece of paper, among other fragments belonging to different Apulian kraters. Documents dated February 1988 indicate that Becchina acquired the fragments from the Italian looter Raffaele Monticelli

Other documents in the Becchina archive suggest that Becchina sold the fragments, among other antiquities, to Robin Symes and Christos Michaelides.

Following information provided by the Italian authorities, the Geneva Prosecution Office discovered at the Free Port of Geneva a warehouse that used to belong to Robin Symes and Christos Michaelides. In there, 45 wooden crates containing all kinds of antiquities were discovered, among which ca. 1,500 fragments of Apulian vases, including these fragments from a certain Apulian krater.

The 45 crates were repatriated to Italy and an exhibition of about half of the confiscated antiquities was organised in Rome.

Dr Vinnie Nørskov, Associate Professor of Archaeology at Aarhus University and Director of the Aarhus University Museum of Ancient Art, succeeded in securing, from the Italian authorities, the long-term loan of the ca. 1,500 confiscated Apulian fragments, for academic research at the museum, as part of an unprecedented project on trafficking networks research and re-contextualization of repatriated antiquities.

Using the Becchina images, the fragments of the Apulian volute krater were identified by Christos Tsirogiannis during the first recording of the loaned material.

The fragments are still on loan at the Aarhus University Museum of Ancient Art.