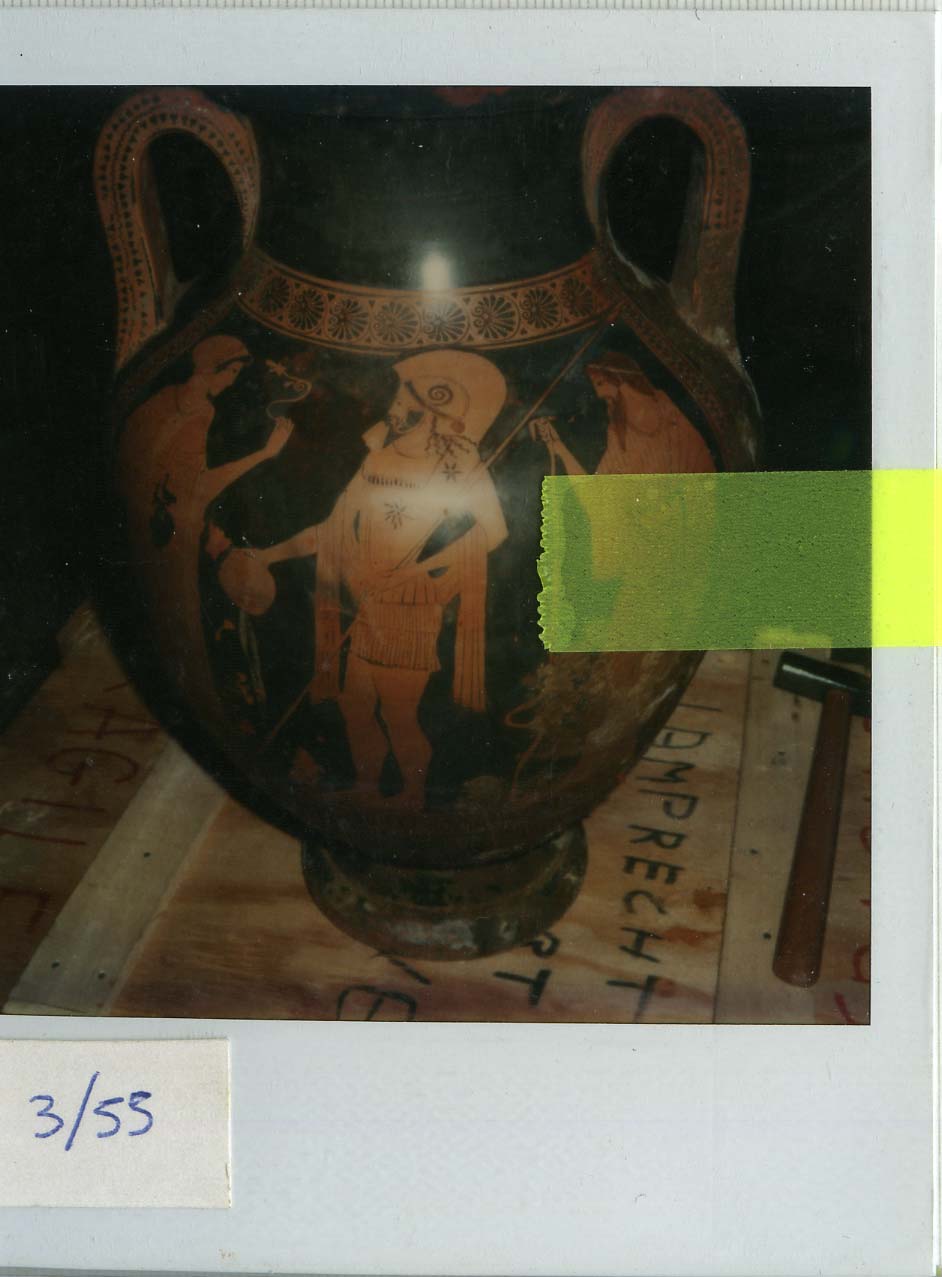 Two Polaroid images in the Medici archive depict both sides of the amphora, standing on a wooden crate.

Between 2006 and 2007, the amphora was repatriated to Italy from the Jean Paul Getty museum in California, US.