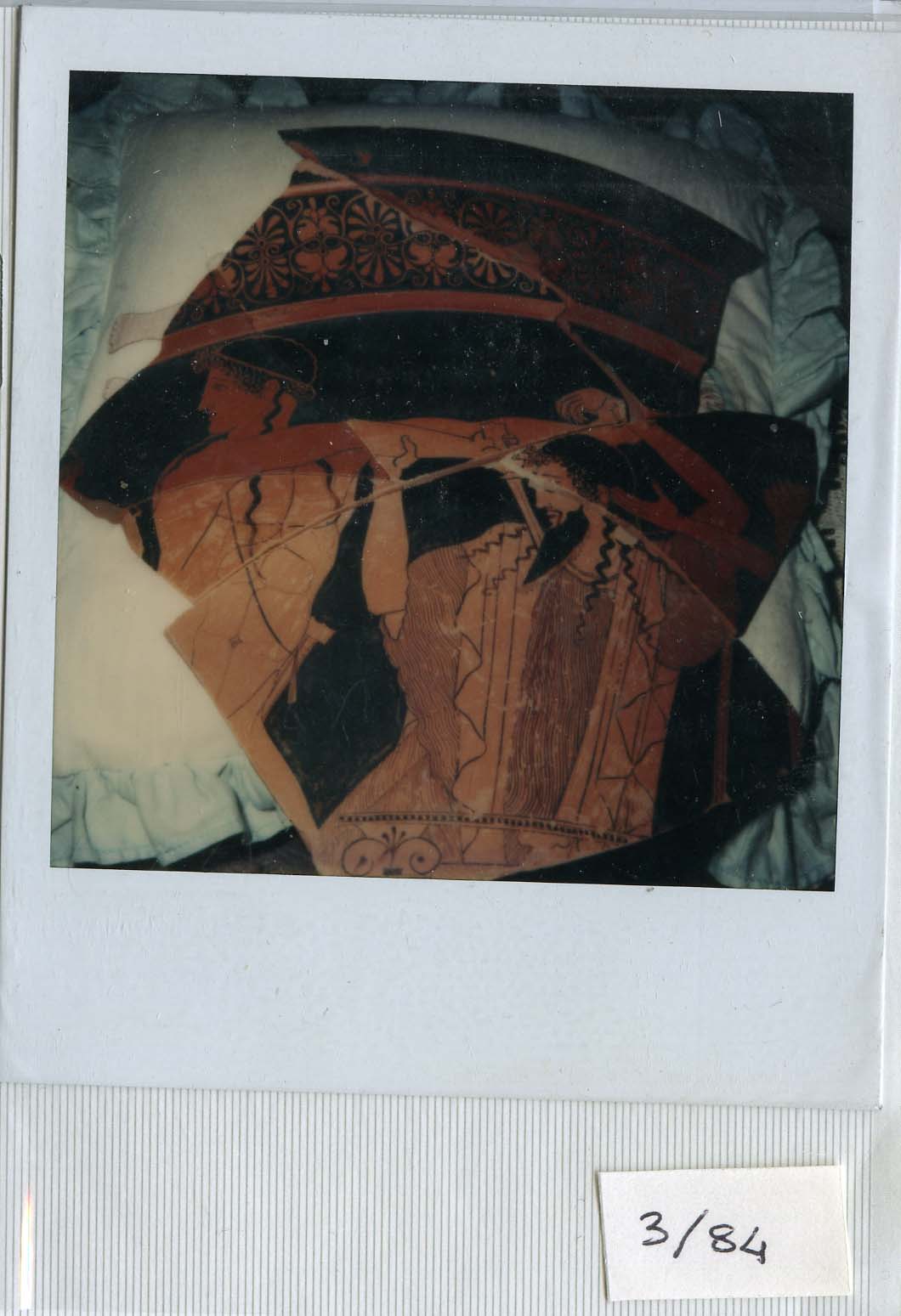 Between January and May 2000

Three (3) Polaroid images in the Medici archive depict the krater still in a fragmented condition. Some of the fragments of the main scene were photographed on a child’s pillow.

Between 2006 and 2007, the krater was repatriated to Italy from the Jean Paul Getty Museum in California, US.