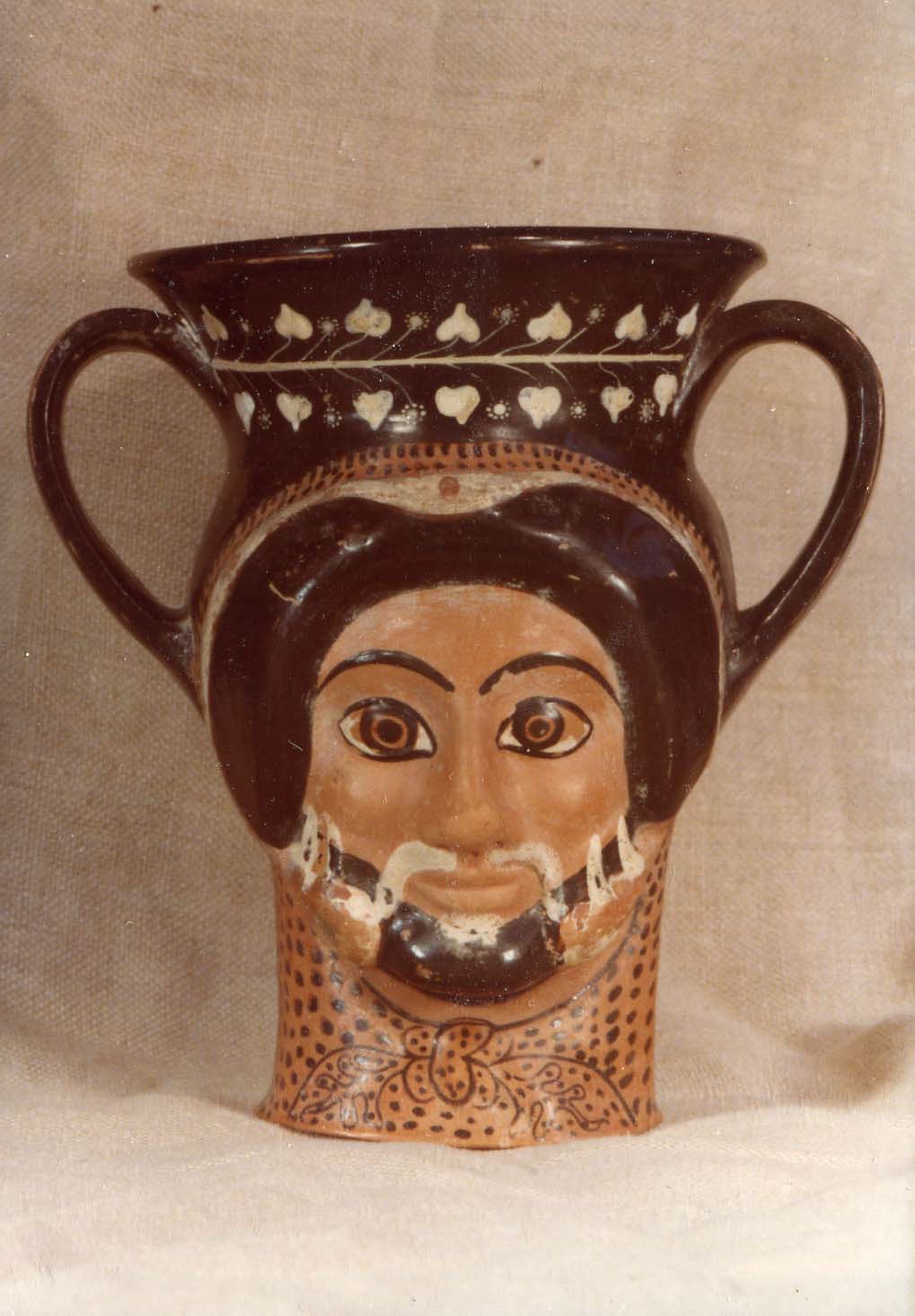 Greek, Attic two-sided relief kantharos depicting the heads of Herakles and of a woman, ca. 470 B.C.

Four regular-print images in the Medici archive depict both sides of the kantharos on a pale cloth.

Between 2006 and 2007, the kantharos was repatriated to Italy from the Jean Paul Getty museum in California, US.