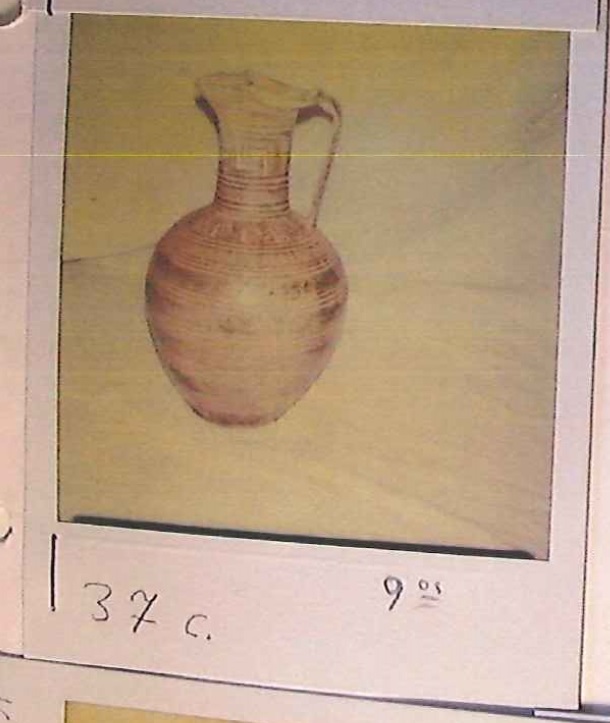 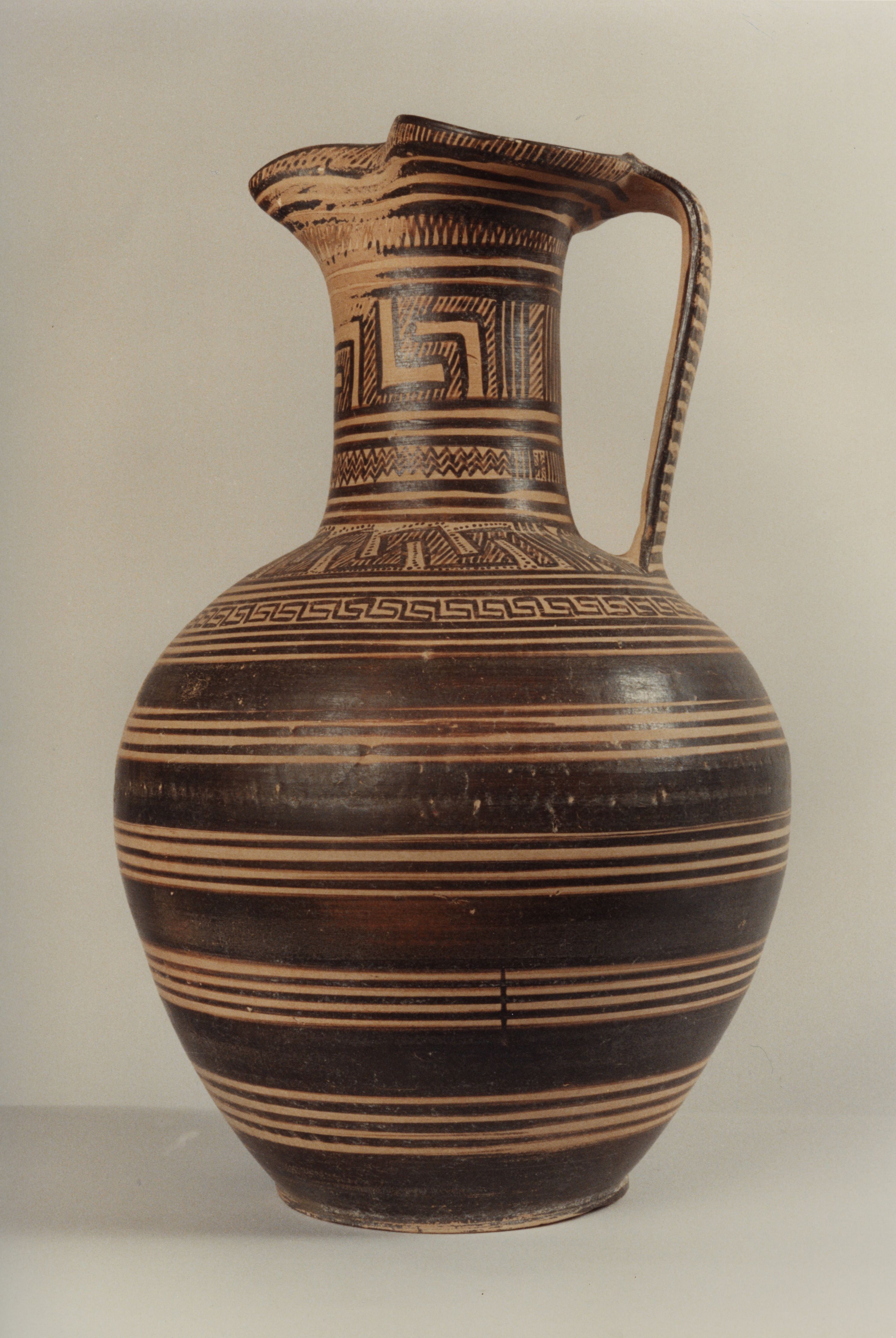 The oinochoe is decorated with narrow and thicker black lines, as well as rows of meanders.

One (1) Polaroid image, depicting the same oinochoe, was discovered in the archive confiscated from the antiquities dealer Gianfranco Becchina. The oinochoe was trafficked by Georgios Zenebisis, a Greek smuggler and the vase is depicted before restoration.

One (1) Professional image, depicting the same oinochoe, restored, in the archive of the antiquities dealers Robin Symes and Christos Michaelides. Symes and Michaelides are selling the oinochoe to Hecht, or they used Hecht as a front.

The oinochoe was sold from Robert Hecht to Michael Steinhardt.

On August 24, 2018, Tsirogiannis notifies the DA’s Office about the identification, sending the relevant Symes-Michaelides image and explaining Zenebisis’ symbols on the Polaroid discovered in the Becchina archive.

On December 2021, the Manhattan DA’s Office announced that the oinochoe will be repatriated to Greece. The repatriation took place in February 2022.