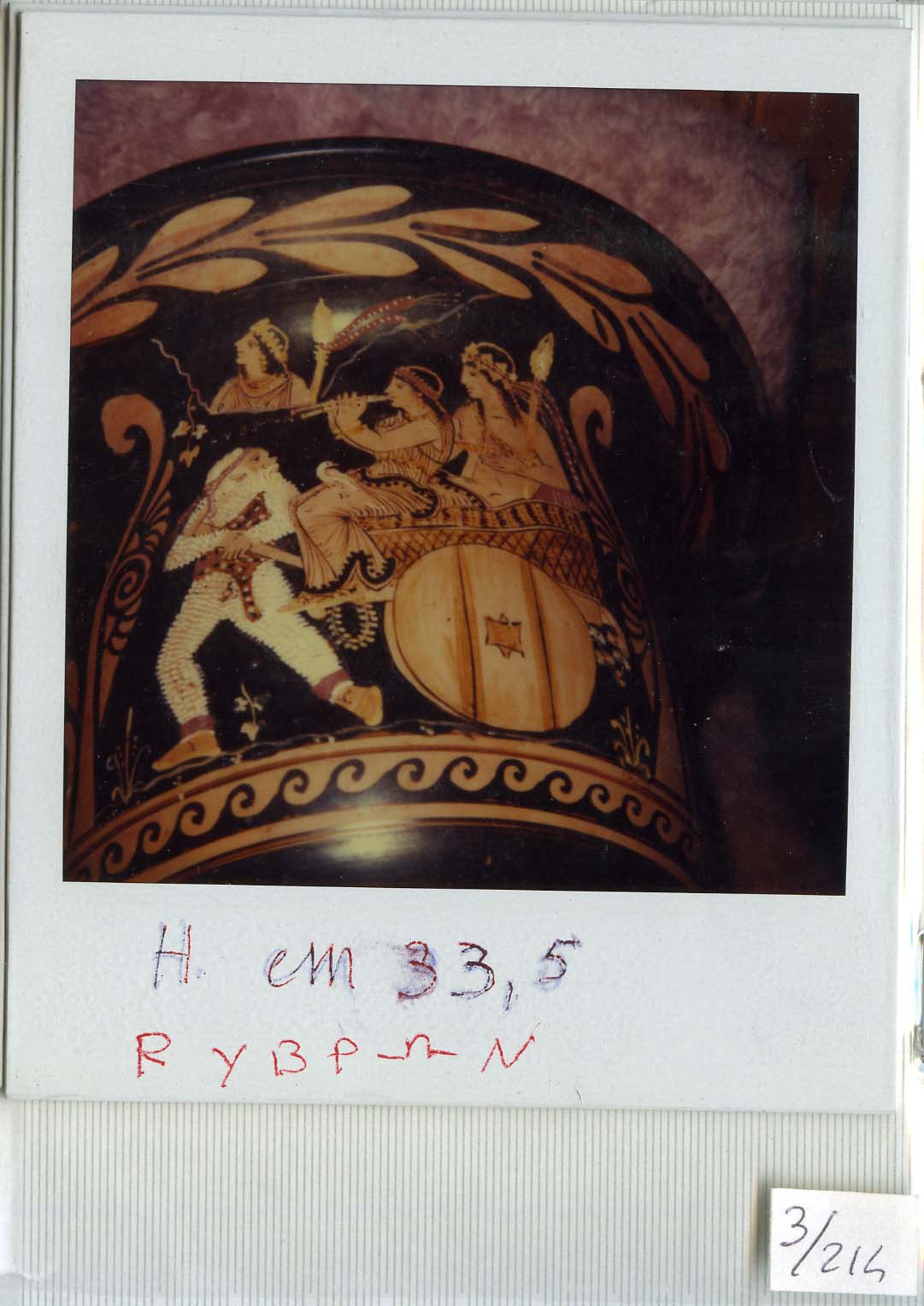 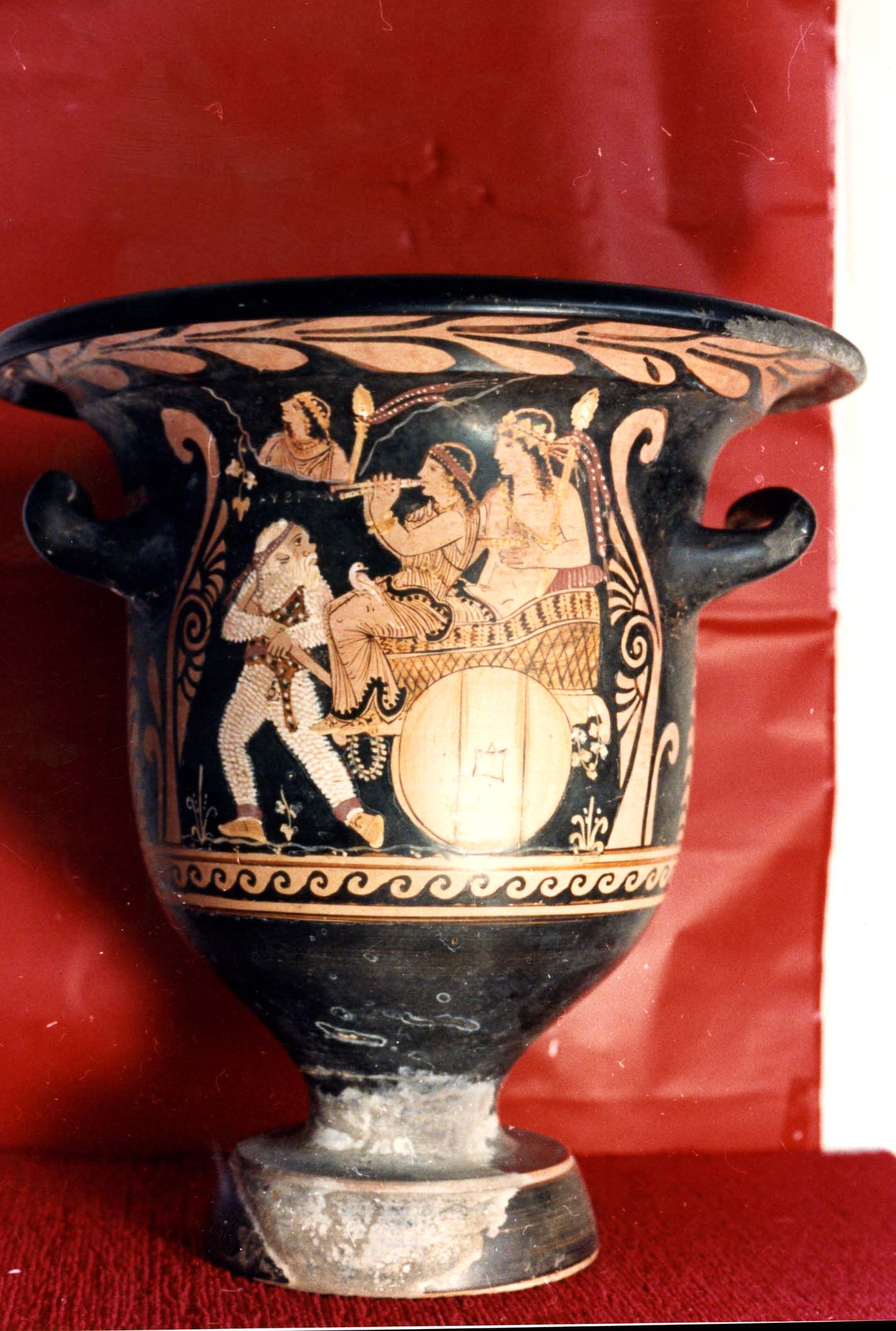 Greek, South-Italian (Paestan) red-figure bell krater attributed to Python, circa 360-350 B.C. Painted with a phlyax scene depicting Dionysos and a maenad seated in a cart pulled by the satyr Papposilenos.

Four regular-print images and one Polaroid image in the Medici archive depict the krater with soil encrustations, standing on a dark red velvet surface, and (upside-down) on an armchair, respectively.

The krater was offered at the Sotheby’s, New York auction, with no provenance information, estimated at $50,000-80,000. It was bought by the Metropolitan Museum of Art in New York for $90,000 and immediately became part of the museum’s permanent exhibition, with the accession number 1989.11.4.

Using the Medici Polaroid and regular-print images, Christos Tsirogiannis identifies the krater in the antiquities collection of the Metropolitan Museum of Art in New York. Tsirogiannis enquires the museum in February 2014, but he never received an answer to his emails.

Tsirogiannis publishes his identification in an academic article at The Journal of Art Crime.

Tsirogiannis notifies the Italian authorities, the Carabinieri and Interpol, for this and other cases in other US museums, but never receives any information on a possible development of any of these cases.

Tsirogiannis notifies the Manhattan DA’s Office in New York, sending all the photographic evidence, among other information.

The confiscation of the krater from the Metropolitan Museum of Art in New York by the Manhattan DA’s Office makes the front page of the New York Times.

By December 2017, the krater was repatriated to Italy from the Manhattan DA’s Office.