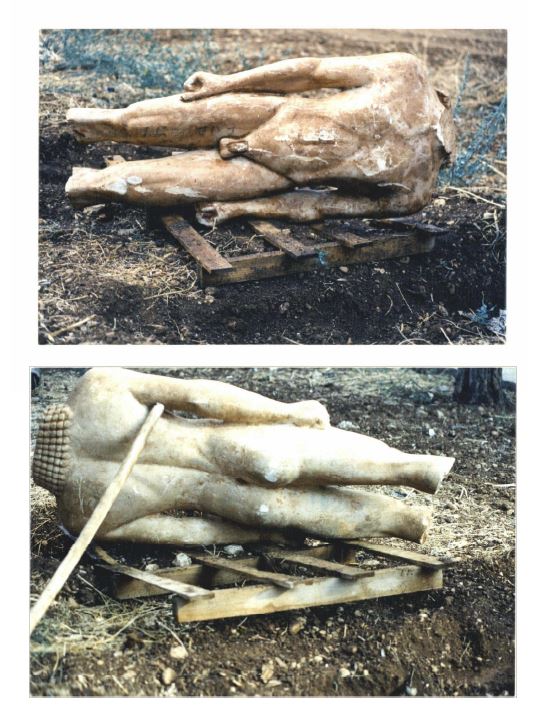 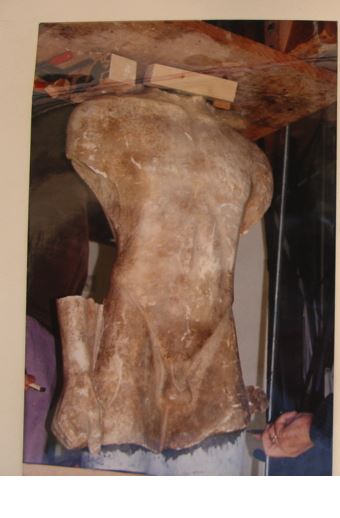 Marble statue of a youth with 14 rows of braids.

Two regular-print images, depicting the same Kouros statue, were discovered in the files of Michael Steinhardt, where the statue is depicted just after it was looted, still covered with soil.

One regular-print image, depicting the same statue, up-side-down, on a wooden table, in the Zurich laboratory of the restorers Fritz and Harry Bürki. The image was discovered by Tsirogiannis in the archive confiscated from Robert Hecht Jr. in 2001.

The statue was sold from Hecht to Michael Steinhardt.

On December 18, 2018, Tsirogiannis identifies the figure in the Hecht archive, on the request of the Manhattan DA’s Office.

December 19, 2018 Tsirogiannis notifies the DA’s Office about the identification, sending the relevant image.

On December 2021, the Manhattan DA’s Office announced that the Kouros statue will be repatriated to Greece. The repatriation took place in February 2022.