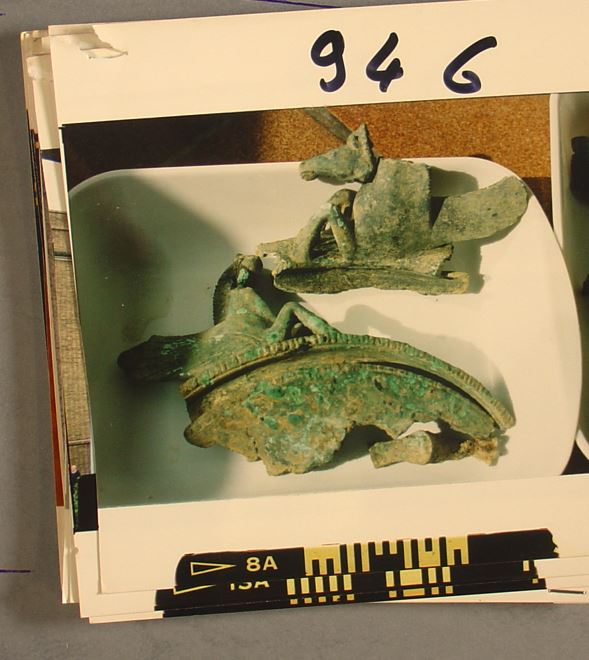 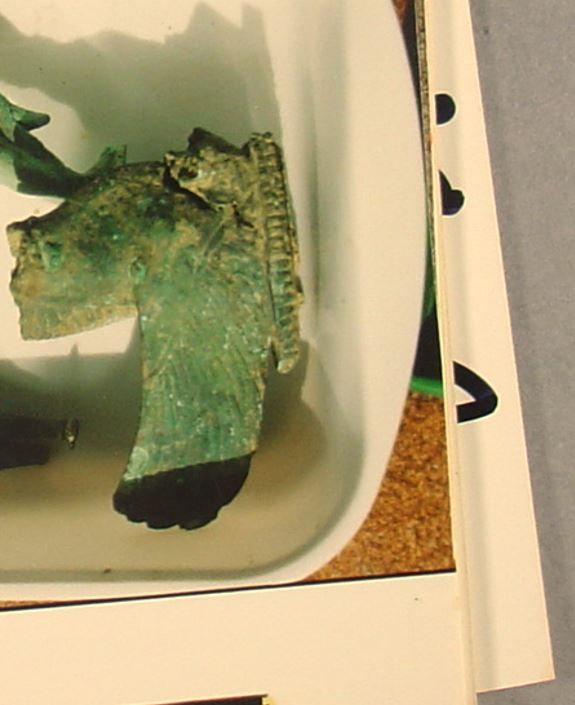 Two bronze Pegasus horses, dated at the 6th century BC, depicted on the rim of a large bronze object, possibly a dish.

Two regular-print images (both horses in one of them, one only in the other image) from the archive confiscated from the antiquities dealer Giacomo Medici. The horses are depicted on a white plastic tray, covered with soil and unrestored, the two of them only (in one image) or with other antiquities in similar condition (second image)

The Beierwaltes consigned their entire antiquities collection, to include the bronze Pegasus pair, to Phoenix Ancient Art.

Tsirogiannis identifies the bronze Pegasus pair at the ‘Phoenix Ancient Art’ together with other Medici objects consigned by the Beierwaltes and notifies the then US policeman with whom visited the gallery. No action appears to have been taken.

The horses were identified by Dr Daniela Rizzo and Maurizio Pellegrini, using the same Medici images, but while the horses were already owned by Michael Steinhardt. An additional image of the two horses, photographed in the Steinhardt’s apartment, cleaned, restored and on a set of stands, was discovered was apparently discovered by the Manhattan District Attorney’s Office among the Steinhardt’s files.

On December 2021, the Manhattan District Attorney’s Office announced that the pair of the bronze Pegasus horses will be repatriated to Italy.