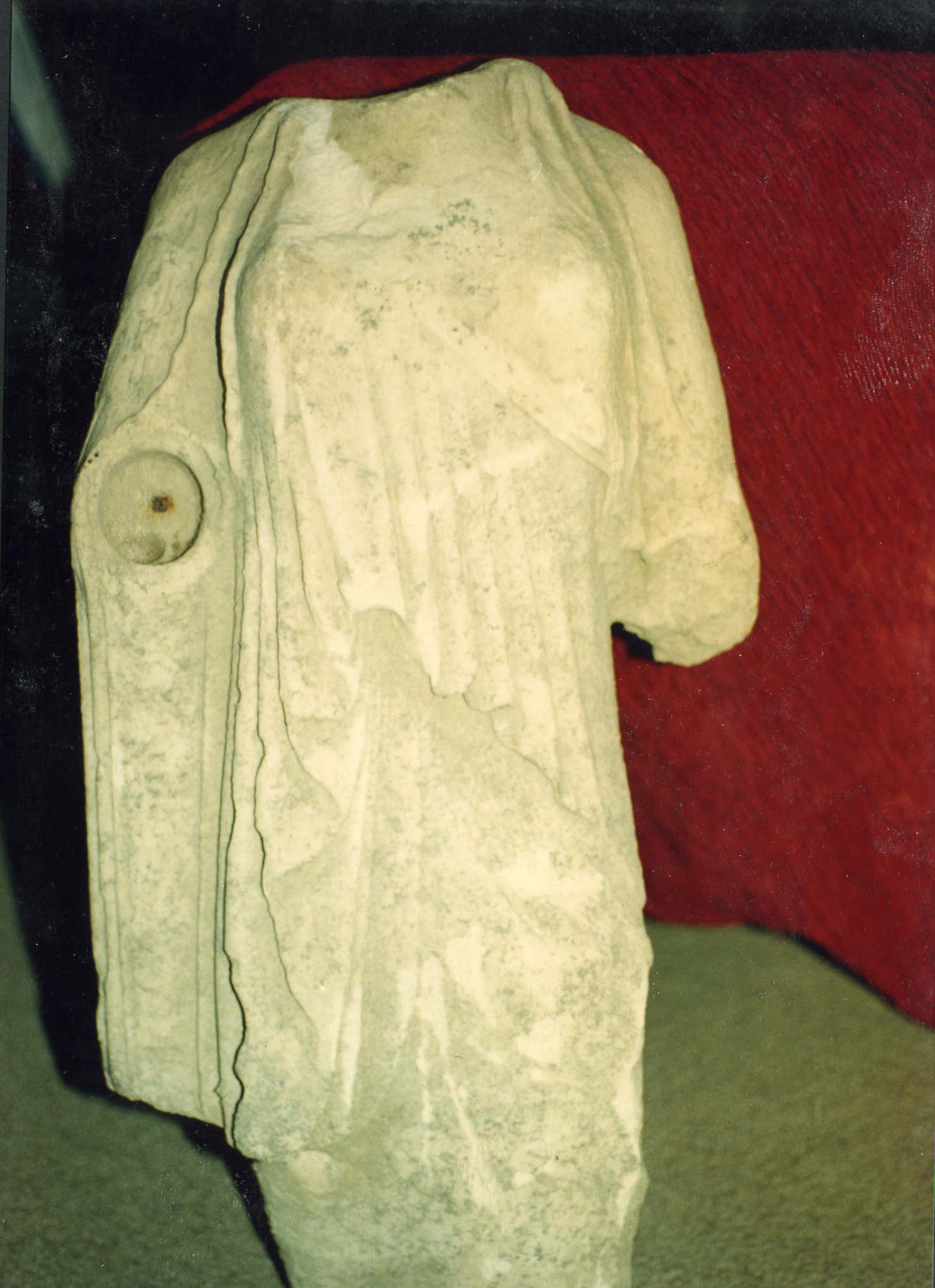 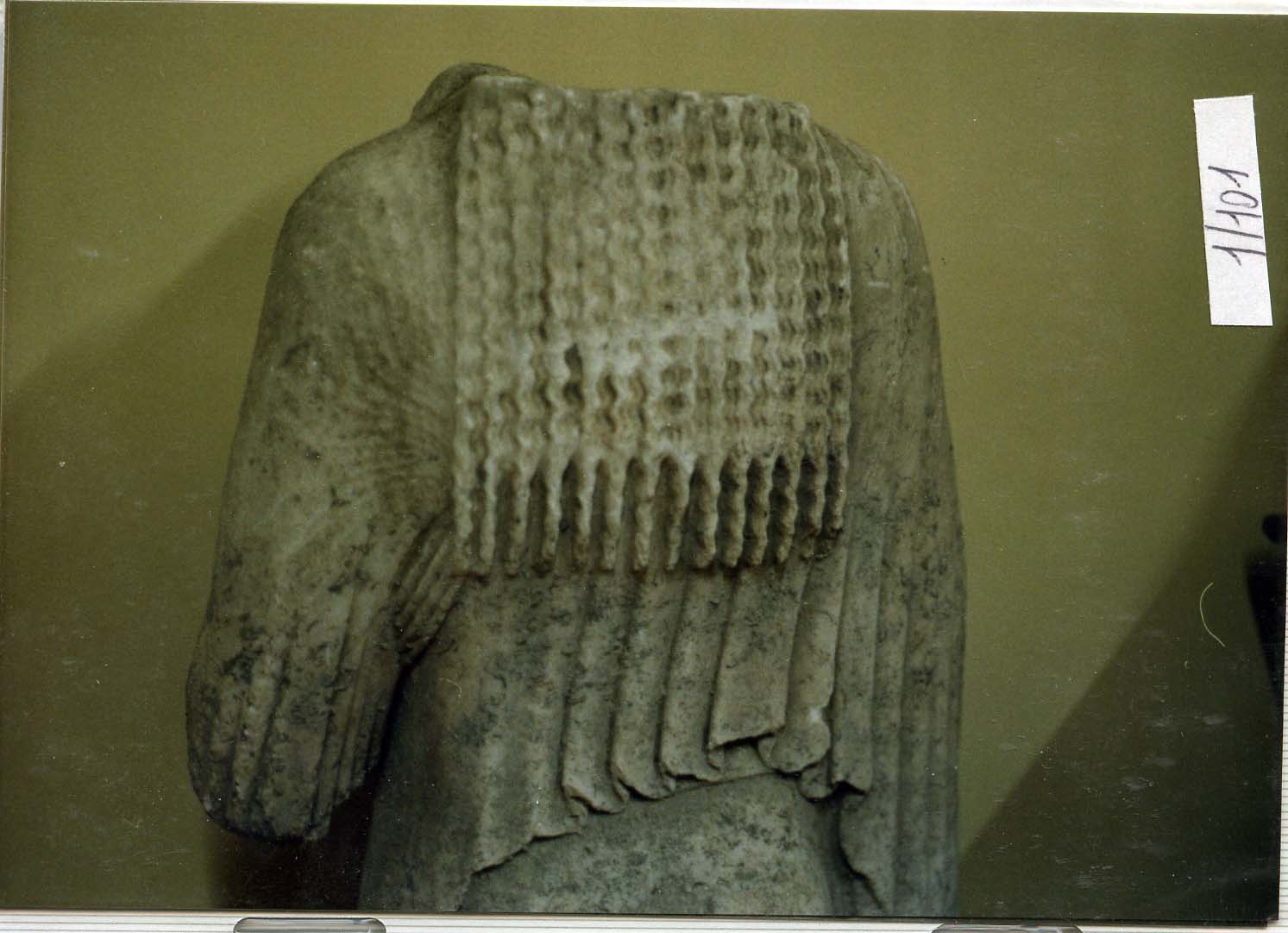 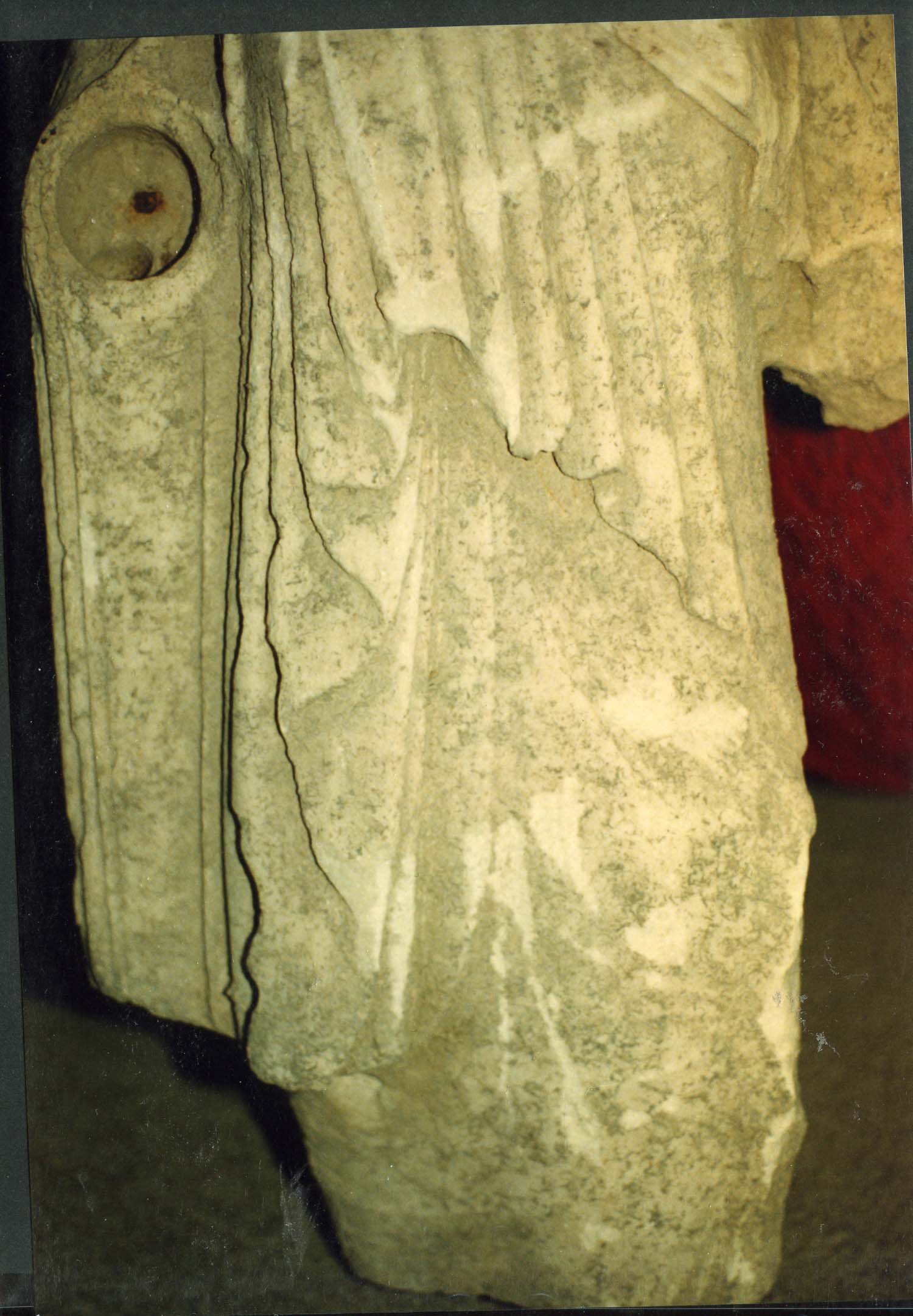 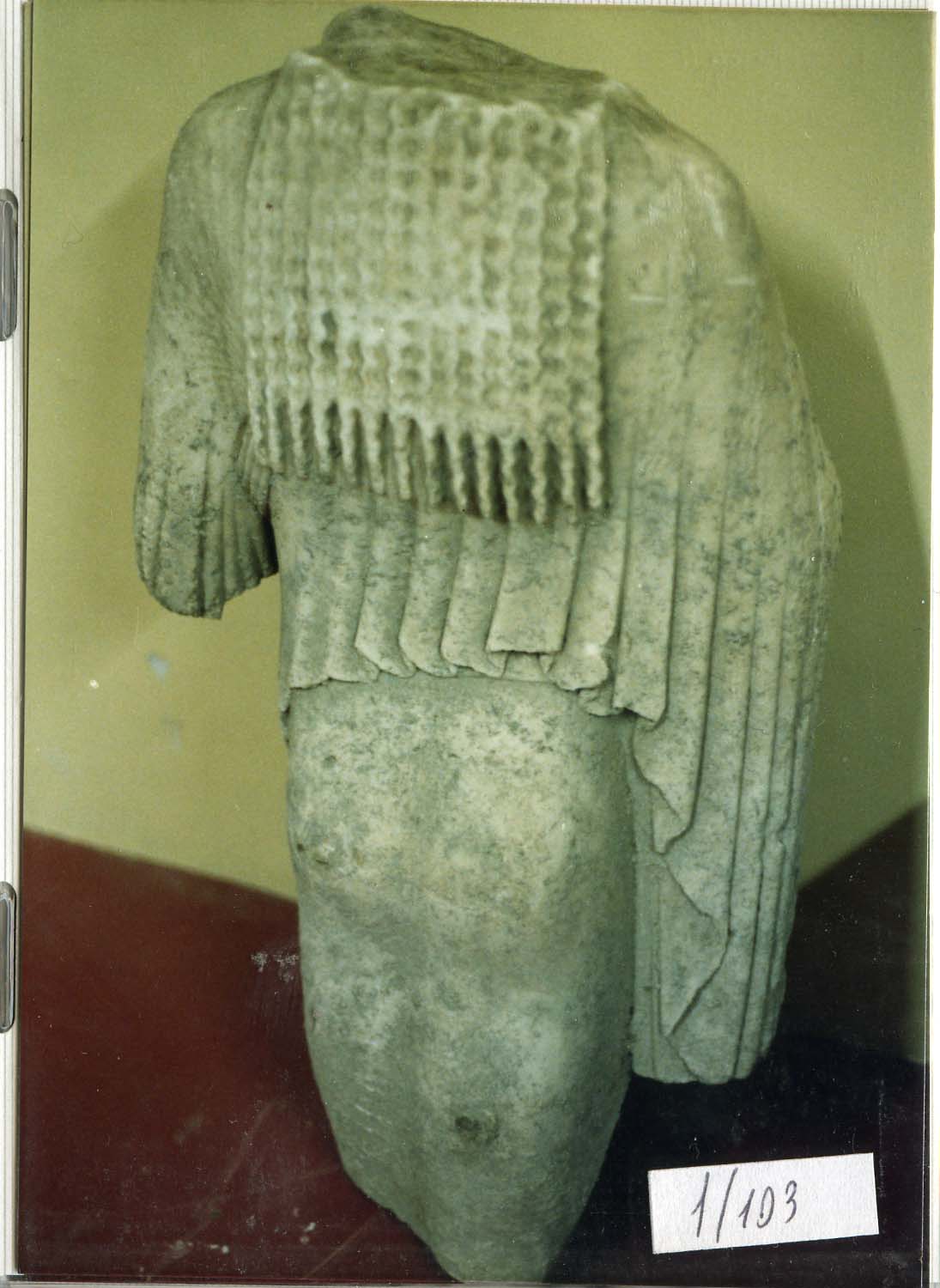 Marble statue of a female figure, dated at ca 530 BC, preserved from the neck down to about the knees.

Twenty-one regular-print images in the archive confiscated from the antiquities dealer Giacomo Medici, depict the kore statue still covered with soil, with fresh hits and standing on a carpet, with an armchair covered by a red cloth in the background.

Symes and Michaelides acquire the statue from Nikola Koutoulakis.

Robin Symes and Christos Michaelides sold the kore statue to the Getty Museum for $3,300,000.

Tsirogiannis identifies the kore statue from the Medici images.

The Greek Ministry of Culture and the Getty director Michael Brand announce that the kore will be returned to Greece.

On March 2007, the kore statue was repatriated to Greece, together with the gold Greek Macedonian wreath.