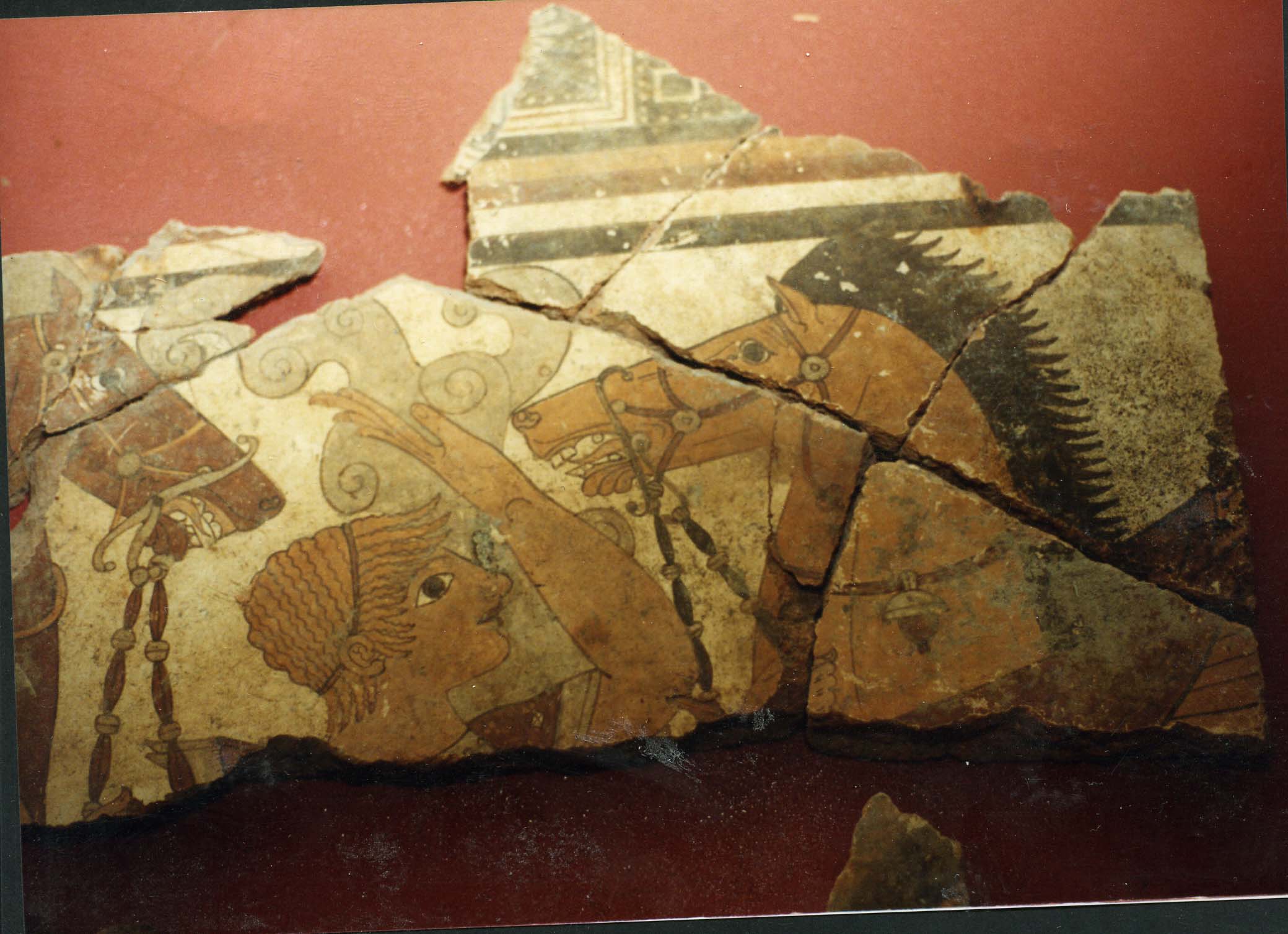 Two Etruscan terracotta panels, dated around 600 BC, depicting a male figure (Bellerophon?) in front of Pegasus.

One regular-print image from the archive confiscated from the antiquities dealer Giacomo Medici. The panels are depicted on a background formed by a red paper surface, they were still covered with soil, unrestored, broken in pieces and missing some of them.

The panels appear in the June 1998 ‘House and Garden’ magazine, where some objects from the Beierwaltes (not named in the article) collection were depicted and identified by Tsirogiannis.

The panels were identified by Tsirogiannis, on the request of the Manhattan DA’s Office, using the same Medici image,  while the panels were in the collection of Michael Steinhardt.

On December 2021, the Manhattan District Attorney’s Office announced that the two terracotta panels will be repatriated to Italy. Their repatriation took place on February 2022.