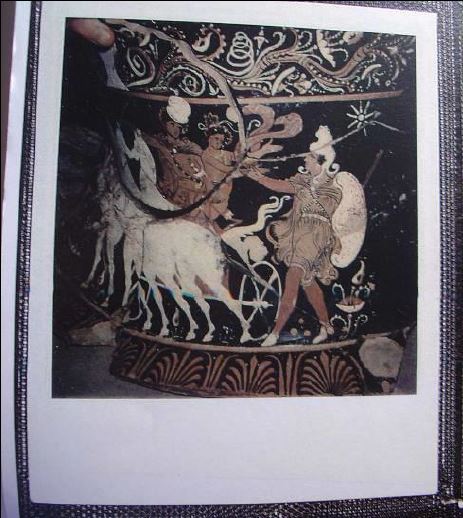 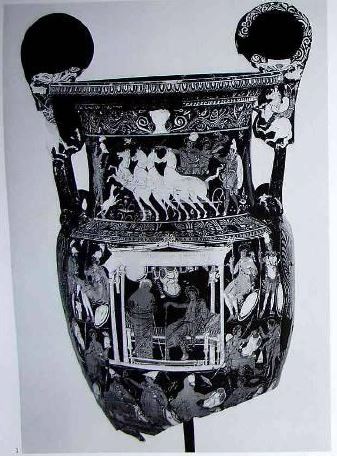 One Polaroid image in the Medici archive, depicts fragments from the neck of the krater, unrestored, on top of a grey surface, while a hand is visible holding some of them.

The fragments were acquired by the Jean Paul Getty Museum and the vase, mostly restored, enters the museum’s collection with the acc. no. 77.AE.14.

Between 2006 and 2007, the krater was repatriated to Italy from the Jean Paul Getty Museum.