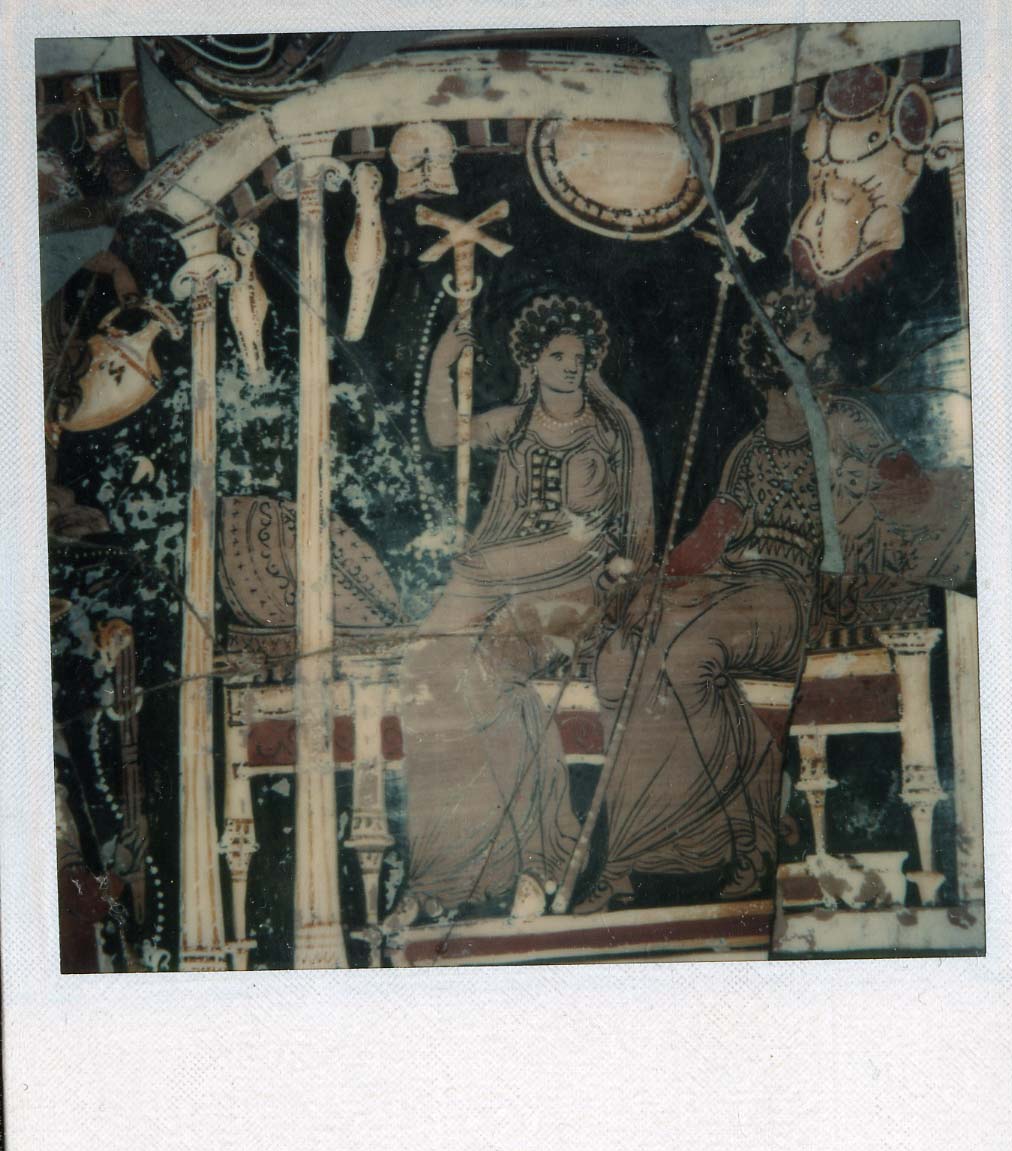 Volute Krater with Scenes from Underworld

Monumental Apulian volute krater, decorated with scenes from the underworld, ca. 320 BC, attributed to the White Sakkos Painter.

One Polaroid image in the Medici archive depicts several unrestored fragments from the main scene of the krater (a couple sitting on a kline inside a naiskos).

The fragments were acquired by the Jean Paul Getty Museum and the vase, mostly restored, enters the museum’s collection with the acc. no. 77.AE.13.

Between 2006 and 2007, the krater was repatriated to Italy from the Jean Paul Getty Museum.